This video is great basic knowledge on cannabinoids and terpenes. It explains why Cannabis is such a huge breakthrough discovery in medical efficacy – and it is safe to use. It becomes available as drug free deep frozen pressed hemp juice (with very low THC) or as deep fozen pressed medical cannabis juice with THC higher than 0.3% in the dry plant material.

The beauty of hemp juice or cannabis juice is

(The only legal juice is from producers with a patent license carrying the seal GREEN SNAKE (reg. trademark). GREEN SNAKE wants contact to growers and prospective producers to share know how and patent license in Europe, the US, Canada, China, Brazil. This remark on behalf of GREEN SNAKE inventors of pressed hemp and cannabis juice I gladly share to help bring this amazing health food to everyone in need!)

High CBD / CBD-A content in frozen hemp juice may not lead to high content in freeze-dried hemp juice powder found in capsules on the market. We have made several tests on different devices to freeze-dry hemp juices. Subsequent lab analysis shows disappointing results. Freeze-drying reduces the hemp juice to a dry powder of 1/10 to 1/15 of the original weight of the juice. The powder is easy to handle, to transport and to store. However, these advantages are outweighed by very poor Cannabinoid results. The CBD / CBD-A as well as the THC / THC-A contents in the powder are no way near the amounts one would expect due to the concentration of juice into powder.

Consumers who are disappointed not to see comparable results from hemp juice powder capsules than they experienced from frozen hemp juice may want to revert back to using the juice itself. There are, however, ways to increase the CBD effectively.

Hemp Juice Lady is all for quality control and consumer protection in a new market. What is happening in the CBD-extract market must not happen to the hemp juice market! There are global patents in place to regulate the manufacturing of true GreenSnake® hemp juice. The registered seal of GreenSnake® aims to protect consumers through quality standards and legality. The seal may be displayed only by those producers who have entered into license agreements with the owners of the hemp juice patents. Those producers thereby share the rich knowledge base of the inventors of pressing the hemp plant into hemp juice and to process this juice.

The Drug Enforcement Agency refused on Aug 11. 2016 several petitions to reschedule Cannabis from a schedule 1 drug to a schedule 2 drug.

At the same time “The U.S. Department of Agriculture (USDA), in consultation with DEA and the FDA, also released a statement of principles concerning provisions of the Agricultural Act of 2014 relating to the cultivation of industrial hemp.” “This statement of principles outlines the legalized growing and cultivating of industrial hemp for research purposes under certain conditions, such as in states where growth and cultivation are legal under state law. The 2014 Act did not remove industrial hemp from the list of controlled substances and, with certain limited exceptions, the requirements of the Federal Food, Drug, and Cosmetic Act and the CSA continue to apply to industrial hemp-related activities.”

This is but too small a step in the direction of giving industrial hemp its rightful place as drug-free food for people and animals. Specifically because:

297 scientists met in Poland June 2016 to share their research results on cannabinoids. I want to share some with you.

STROKE: CBD reduces brain damages in animals after a stroke.

BLOOD PRESSURE: in animals is reduced by CBD.

Anandamide is a main endo-cannabinoid helping to maintain homeostasis. The other principal cannabinoid is 2AG, important in stress resilience.

DIET has important impact on the endo-cannabinoid system. Eat fresh.

CANNABIS RESEARCH: led to the discovery of a “hitherto unknown biochemical communication system in the human body, the endo-cannabinoid system”.

The ICRS has teamed up with Mary Ann Liebert, Inc. Publishers to bring you Cannabis and Cannabinoid Research – an open access journal for the cannabinoid sciences. 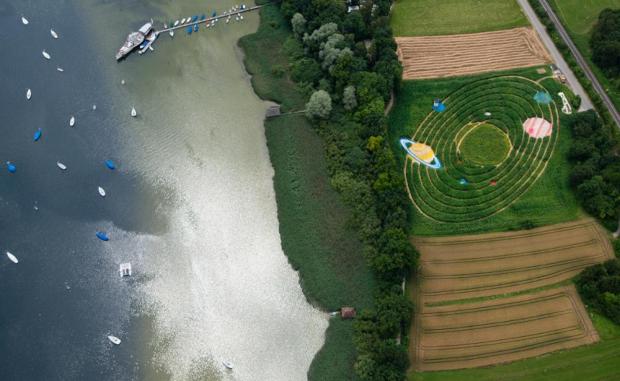 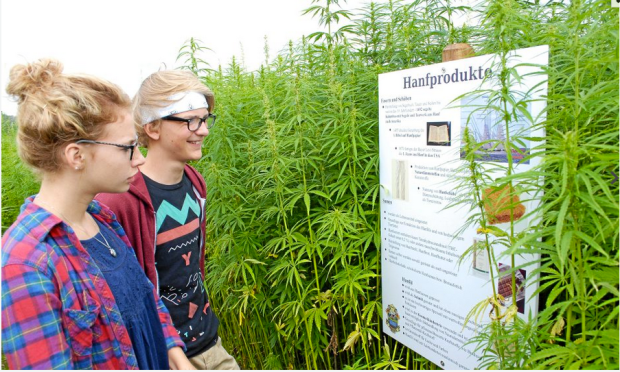 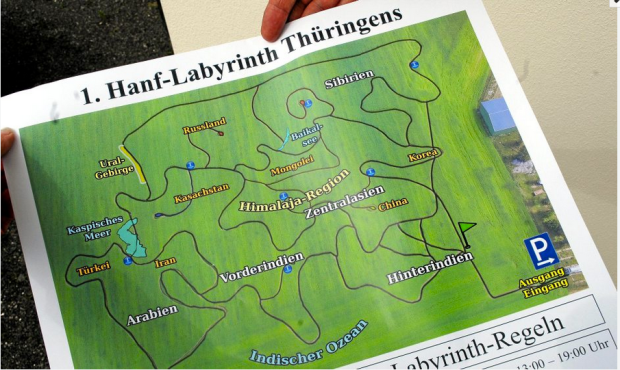 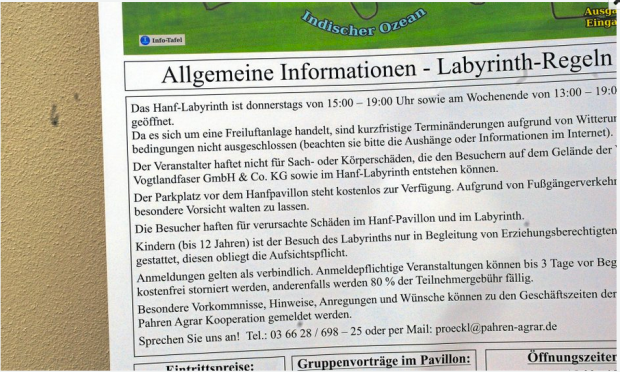 Dr.Russo is the medical research director at Phytecs, a biotechnology company with a research focus on the endocannabinoid system. Which explains his focus on the homeostasis created by Cannabinoids.
Their aim is to target the endocannabinoid system directly to target any existing deficiencies within the body and subsequent diseases. They are also looking for non-drug herbal approaches.

If you want to make yourself familiar with the benefits of cannabinoids (produces NO INTOXICATION, anti-anxiety, anti-psychotic, anti-inflammatory etc.) check out this post.

So first things first, in case you are not familiar with what the endocannabinoid system (ECS) is, here we go:

Endocannabinoids = produced by mammals in their bodies

-There are more receptors in our human brain for cannabinoids than for all other neurotransmitters together.-

So Dr. Russo states that cannabidiol is an endocannabinoid modulator and therefore a homeostatic regulator. This is the reason cannabinoids work for so many diseases which affect different parts of our bodies.

Homeostasis = state of balance and health

Bi-directional effect of CBD = CBD acts as buffer, balances either excess or deficiency in system

What he means by that is that the bi-directional effect of CBD, which always works to create a balance no matter if there is currently a deficiency or an excess, always works toward creating a homeostasis (balance and health).

CBD regulates neurotransmitter functions, it simply does so as a consequence of the imbalance.
CBD needs to be seen as a universal tool, it is not able to only fix one certain issue within our body but every issue that has arisen from an imbalance.

CBD is a regulator for any given issue within the body. Not just a specific one, which makes it incredibly versatile.

CBD can be seen as a tool within the body that does not target one specific ailment within the system but rather aims to act as a buffer tool and balance out any imbalance which creates problems in our bodies.

This discovery has led Dr.Russo to the clinical endocannabinoid deficiency theory.

He has found out that diseases such as migraine, irritable bowel syndrome (IBS), and fibromyalgia all have a characteristics in common: they all have disproportionate levels of pain although tissues look ok. Moreover, these diseases tend to occur in the same people, someone who already suffers from migranes is more likely to suffer from IBS later in life. And studies show people suffering from those diseases have endocannabinoid deficiencies.

There are food ingredients which act on cannabinoid receptors, for instance caryophellene. He makes an important point regarding already existing examples of components of common foods which impact the endocannabinoid system.

“The advantage of an agent that would act on CB2 receptors would be reducing inflammation, reducing pain, but without psychoactive side effects. Now as it turns out this caryophellene is very selective there. It’s a very safe agent. This, for example, is in black pepper. It’s called GRAS by the government – not that kind of grass – rather GRAS, Generally Recognized As Safe as a food additive. So this is something with the government’s seal of approval. It’s in our diet. But more of this would certainly have a positive influence on health, particularly for people with arthritis or other kinds of chronic pain. And again, without any liability in terms of having unwanted side effects.”

Another aspect mentioned by Dr.Russo is the importance of the phyto-synergy of the ingredients.

Caryophellene in black pepper is an important example of how we can deal with CBD as food. Particularly in the debate whether CBD belongs to the pharma industry or the food and beverage market.

CBD tends to get isolated through extraction these days.

Yet, Dr.Russo stresses the importance of the entourage effect and the effect the whole plant mixture has in comparison to isolated CBD molecules.

The transcript of the full interview can be found here.

"I live and work in Hamburg, Germany. As far as Cannabis is concerned I was an avid adversary (with parental experience). My daughters, however, insisted that my opinion must be based on knowledge. They were right. I still am a strong opponent of “street Cannabis”. Hemp is such a wonderful plant. It does not belong in the hands of criminals who mix highly potent and dangerous drugs. But drug free hemp should be legally available for any human and any animal. Who ever renders an opinion on Cannabis without knowledge of its differing THC contents should better be silent. My passion for drug free hemp and my internationally patented inventions regarding hemp juice, beverages and products thereof have earned me the name hemp juice lady. I like that."